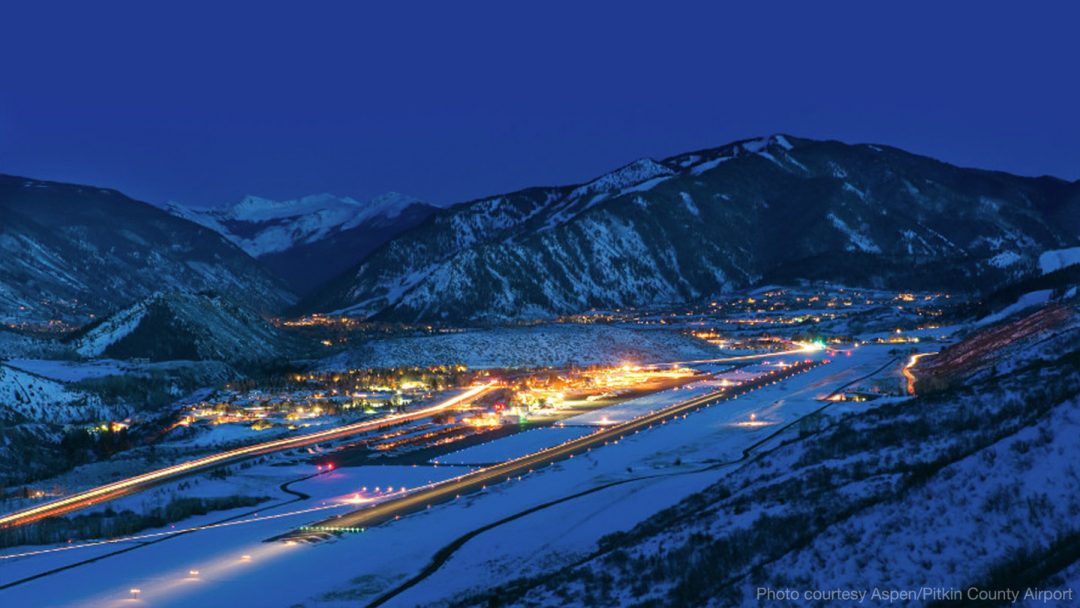 If you’ve ever flown into Aspen, you already know this isn’t your average airport. The surrounding mountains and close proximity to the highway require a steep, tight, descent that is one of the most technical and challenging in the country, revered by commercial pilots. Maybe you’ve experienced the sharp turn before landing, your nose pressed against the window as you wonder how a commercial flight could be this exciting. Maybe you wondered why the wheels go down when the aircraft is so far from the ground, only to learn minutes later that the landing is imminent. Maybe you’ve waited in the crowded terminal when flights were delayed or canceled and not even been able to find a seat.

What you might not know about our little airport is there is only one type of Commercial Aircraft presently flying here that can land (the CRJ-700), because our runway is too narrow to accommodate larger planes. You probably also know that these planes are pretty cramped, with only two seats on each side of the aisle, and that they’re not big enough to accommodate carry-on bags. But you might not know that these planes are coming to the end of their lifespan and will eventually be taken out of service within 7-10 years.

Plans are in motion to create a wider runway and build a new terminal. The County Commissioner allowed for the creation of a public volunteer committee to represent community input (a process virtually unheard of by the Federal Aviation Administration) and to make sure the project meets Aspen’s wants and needs.

In July, the FAA approved the final environmental assessment for the airport’s proposed runway and terminal improvement projects, and determined there would be no significant impact on the environment from the redevelopment. The FAA’s approval clears the airport to shift and widen its runway 80 feet to the west, widen it up to 150 feet and strengthen it to allow up to 150,000 pounds of landing weight.

Like any major development project in Aspen, it’s stirred up a bit of controversy. The good news is the public visioning process and dialogue will give everyone a chance to voice their concerns and ultimately come up with a plan that represents the will of the Aspen community.

Here’s a basic rundown of the debate, just so you’re prepared to discuss this hot topic at your next Aspen holiday party:

-A wider runway is needed for a new generation of jets with wider wingspans that will replace the smaller planes currently landing at the airport, which currently restricts aircraft with wingspans greater than 95 feet.

-The newer jets should be more efficient than the current CRJ-700s serving the airport’s commercial passengers.

-The improvements would allow larger commercial jets, with bigger passenger loads, to access the airport.

-The new project strives to meet local sustainability, connectivity, and mobility goals. The new planes would be cleaner, greener, and quieter.

-The aging facilities also are inefficient, difficult to maintain, costly, and do not provide a customer experience that reflects the character or sense of place of the community.

-If the Aspen airport can’t stay competitive and offer reasonably priced airfare to the commercial market, it will encourage more people to fly private or to visit other mountain resort markets with better air service.

-The airport may shut down for two straight months or longer, most likely during a fall or spring off-season, to accommodate construction.

-The improvements would allow larger commercial jets, with bigger passenger loads, to access the airport. (Some people see this as having a negative impact on the town’s growth).

-The cost could be as much as $400 million, with federal grants expected to contribute over $150 million to the runway. It would represent one of the largest infrastructure initiatives on the Western Slope since the development of Interstate 70 through Glenwood Canyon.

-Some people feel that Aspen is an important enough market that the burden should fall on the industry, not the taxpayer, to figure out how to adapt to its challenges.

-A new airport would not reflect the character of the town, and the requirement of jetways (as opposed to stepping off the plane and having to walk outside to enter the terminal) would detract from the small mountain town experience.

For more information on the Aspen Airport improvement project and its community input, visit www.asevision.com. 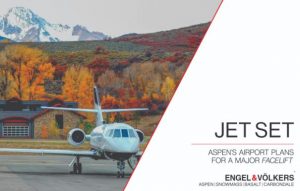 Evolution of Land in the Roaring Fork Valley

Top 5 tips for Buyers and Sellers